“Writing the Poem You are Afraid to Write”

Retreat will be conducted via Zoom. No prior experience with Zoom is required, but participants will need sufficient computer and internet access to use it. If you would like to test your computer capabilities for Zoom before applying, please email us at northbeachwriters@gmail.com and we will be happy to do a test run before you apply.

The retreat will include a two-hour morning session and a two-hour afternoon session each of the two days all led by Patricia Smith, with writing time in between. There will be an evening virtual reading by Smith, with an opportunity for participants to read, as well.

North Beach co-founder LouAnn Muhm has this to say: “I have had the luck and the pleasure to work closely with Patricia Smith many times, both in a classroom setting and more individually. Her teaching is stellar–inspirational and foundational for my writing. I have never heard anything but glowing reviews of her teaching from anyone, and certainly add my own every chance I get.” 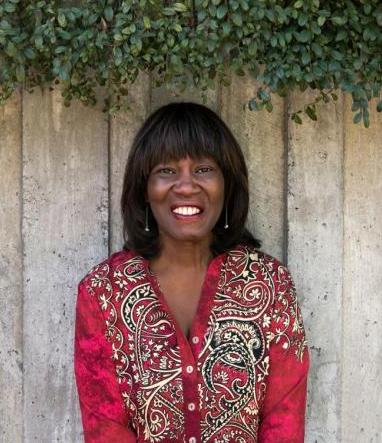 Patricia Smith is a poet, teacher, and performance artist. She is the author of Incendiary Art (Northwestern University Press, 2017), winner of the 2018 Kingsley Tufts Poetry Award and the 2017 Los Angeles Times Book Award in poetry; Shoulda Been Jimi Savannah (Coffee House Press, 2012), winner of the 2013 Lenore Marshall Poetry Prize from the Academy of American Poets, given for the most outstanding book of poetry published in the United States each year; Blood Dazzler (Coffee House Press, 2008), which was a finalist for the 2008 National Book Award; Teahouse of the Almighty (Coffee House Press, 2006), a 2005 National Poetry Series selection; Close to Death (Zoland Books, 1993); Big Towns, Big Talk (Zoland Books, 1992), which won the Carl Sandburg Literary Award; and Life According to Motown (Tía Chucha Press, 1991).

Her poems have been published in many anthologies, including American Voices (McGraw-Hill, 2005), The Spoken Word Revolution (2003), and Bum Rush the Page: A Def Poetry Jam (Three Rivers Press, 2001). She is also the coauthor of the history book Africans in America: America’s Journey Through Slavery (Houghton Mifflin Harcourt, 1998), along with the children’s book Janna and the Kings (Lee & Low Books, 2003).

Smith is a four-time individual champion of the National Poetry Slam, a two-time winner of the Pushcart Prize, and her work has appeared in Best American Poetry, Best American Essays, and Best American Mystery Stories. She has written and performed two one-woman plays, one of which was produced by Derek Walcott’s Trinidad Theater Workshop. She received a fellowship from the National Endowment for the Arts in 2017.

Smith is a Cave Canem faculty member, teaches in the MFA program at Sierra Nevada College, and is a professor of creative writing at the City University of New York/College of Staten Island. She lives in Howell, New Jersey.